A Definition and Guide in Measuring Competence 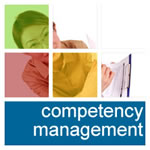 …the ability for an individual to perform a specific task to a set standard, on several occasions under different circumstances.

The above definition of competence means that in order for businesses and organisations to have confidence that their employees are ‘competent’, several things need to be in place.

The first thing that needs to exist is of course the ‘standard’ that the person has to perform competently too. This may be a regulated, work-place based qualification or a bespoke in-house standard.

The standard must also explicitly state:

Regulated qualifications in the UK have standards which have been written by groups of industry professionals (sector skills councils) and will have clear knowledge and understanding criteria as well as performance criteria. Some may also have explicit rather than implicit ‘range statements’ which indicated the various circumstances under which they must be able to complete the task.

Simply training employees to a standard is not enough to ensure that they are competent indeed; Health and Safety Regulators will not consider someone as competent if they have only been trained to a standard but never actually measured against that standard. This has major implications for any business or organisation where an employee is injured or killed and they (the organisation) cannot prove that they were competent only trained.

People other than the person being measured against the standard will include:

The measurement of a person against a standard is called ‘assessment’ and this is done by qualified Assessors.

An assessor is a person who has the occupational background that will allow them to make a judgement on whether or not someone is competent and also has the skills and qualification as an Assessor.

Assessors will in turn have to controlled, coordinated and measured for consistent performance across all the assessors within an organisation, this is called Internal Quality Assurance (IQA) or Internal Verification (IV) and is usually done by a person who has been a time-served assessor and then trained and measured to the standards for internal quality assurance.

These roles, the assessors and internal quality assurers, sit within the Centre (Awarding Centre) which may sit within a regulated structure under an Awarding Body, i.e. City & Guilds, OCR, Edexcel, etc. or be simply an In-House Centre.

The Gill Payne Partnership Ltd has been designing and implementing competency systems for several decades and is also involved in the design of bespoke standards of performance (competence) for organisations of all sizes. Our systems are in use within some of the largest blue-chip business and public bodies within the UK.

When you visit a site that uses cookies for the first time, a cookie is downloaded onto your computer/mobile device so that the next time you visit that site, your device will remember useful information such as items added in the shopping cart, the visited pages or logging in options. Cookies are widely used in order to make websites work, or to work more efficiently, and our site relies on cookies to optimise user experience and for features and services to function properly.

You can control our cookies through our Cookie Settings system (below) and most web browsers also allow some control to restrict or block cookies globally through the browser's settings, however if you disable cookies you may find this affects your ability to use certain parts of our website or services. For more information about cookies visit About Cookies, an external information resource to this site.

We have also issued a Privacy Notice to summarise who we are, what data we might collect, how we will look after that data, and what steps we take to provide data and information security. We process data for no longer than is necessary for the purpose it has been requested or provided for.
Necessary / Functional Always Enabled

These cookies are not essential for the smooth running of our website however, they do offer to enhance the user experience by allowing the user to make adjustment in such things as how a video is viewed.

These cookies are used for statistical analysis of the performance of the website such as Google’s Analytics, and most are used by third-parties to monitor your use of their product i.e., YouTube videos on this site, etc. It is entirely up to you whether you allow us to use these or not.

Save & Accept
Powered by